We now offer the ability for approvers to reassign a claim back to a different approver earlier in the sequence for additional review.

Written by Claire Jenkin
Updated over a week ago

Once a user has assessed a claim, any users who are earlier in the approval sequence are locked out from further updating the claim. Previously this meant that any changes to the claim from that point onwards could only be made by users in the current or higher approval level in the sequence.

Payapps now has the functionality to pass back a claim to an earlier approver so that further revisions and updates can be made by them and restart the sequence.

When it is turn for an approver who is in the 2nd level or higher in an approval sequence to assess a claim, they will now see the "Reassign" option at the top right of the claim. 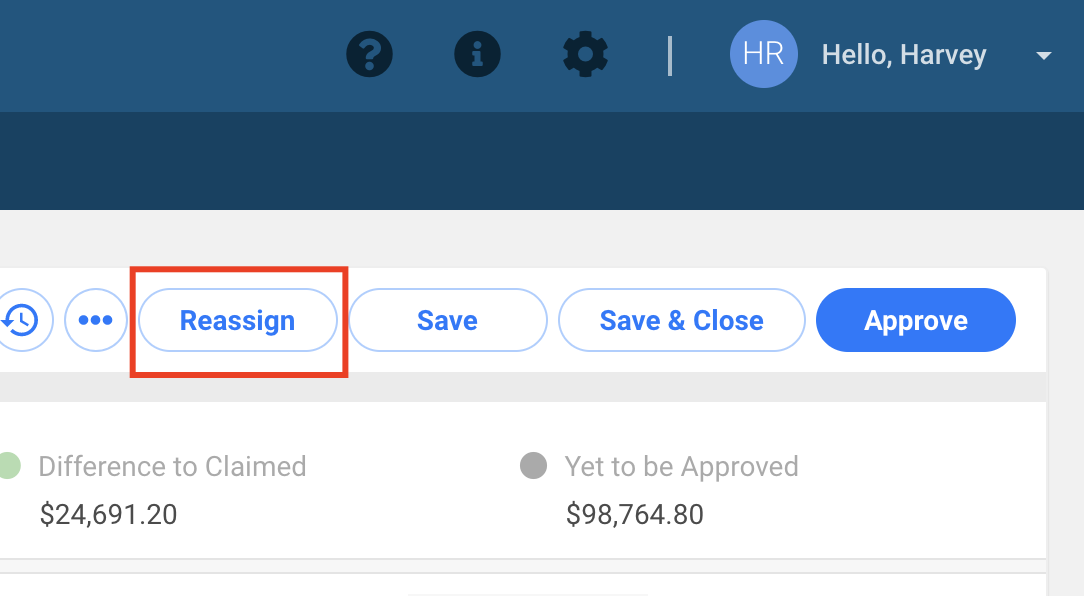 If this is selected, an option to choose the level they wish to reassign it to along with an explanation will appear. 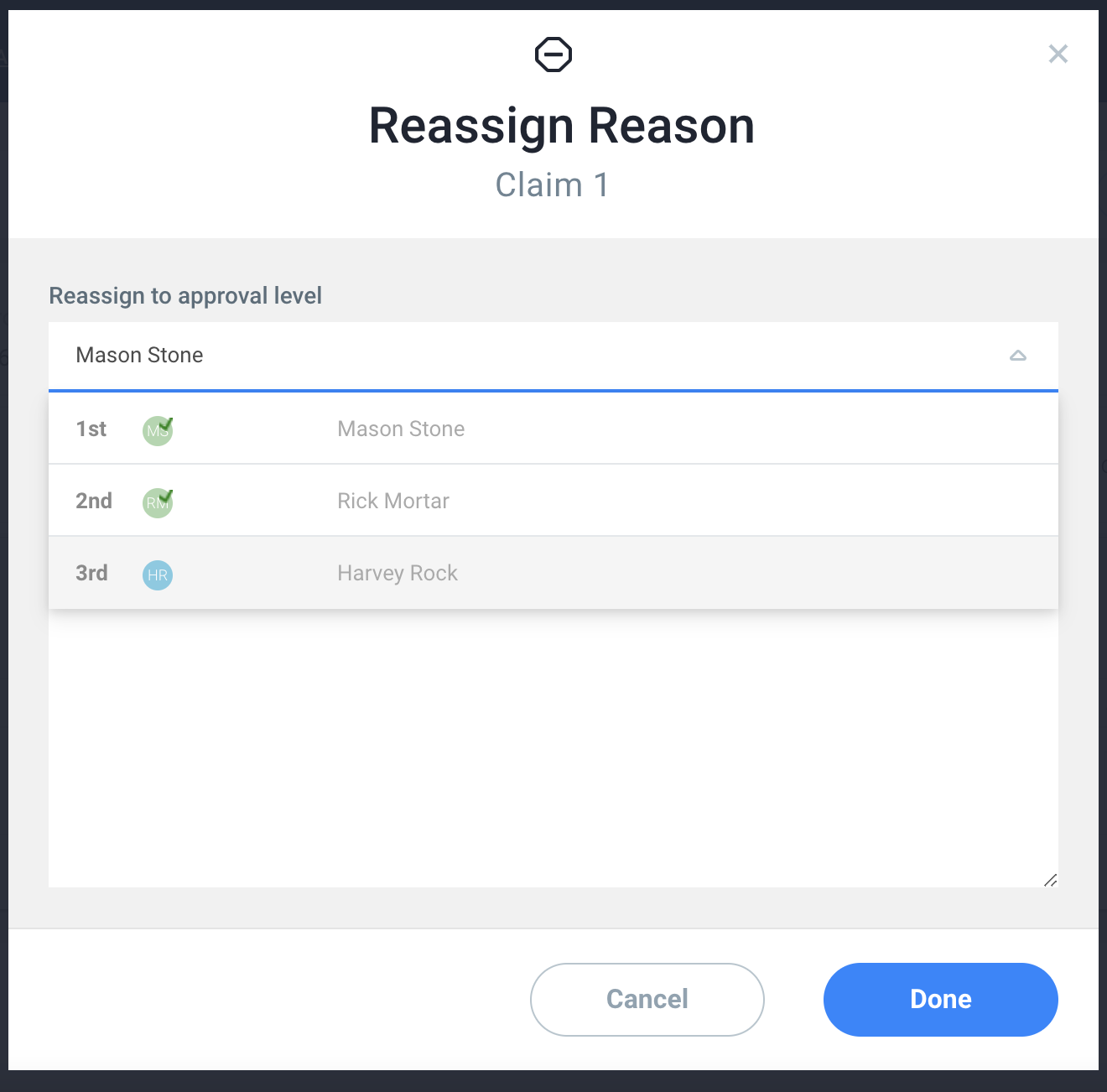 Selecting "Done" will restart the sequence at the selected level. An email will also be sent to the approvers at that level informing them that a further review of this claim is required. 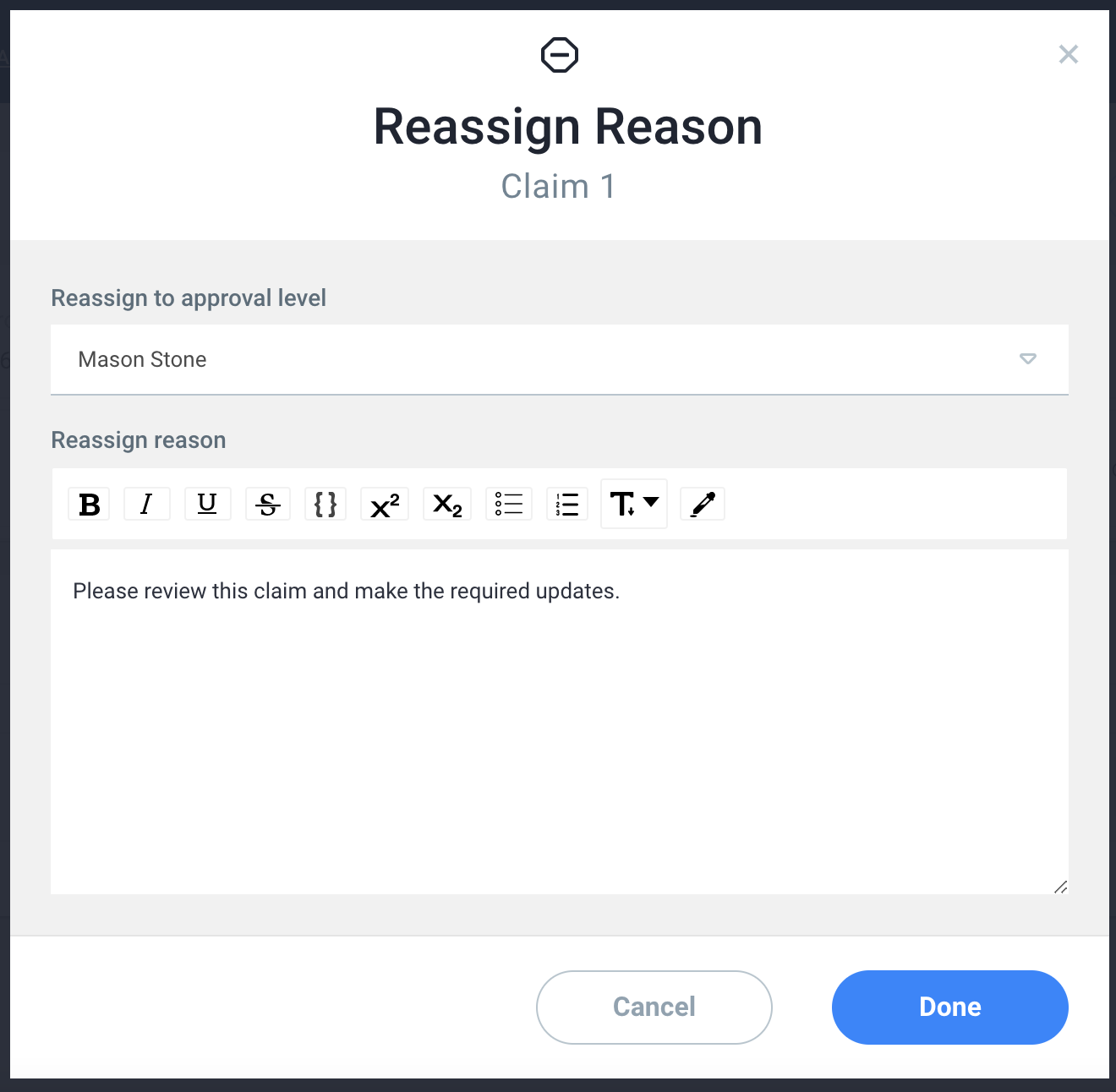 Need assistance? Reach out to the support team via the in-app chat or via email at support@payapps.com.

Did this answer your question?